Polytron, Inc. was incorporated in 1983 by Charles W. Jager (“Charlie”) to provide power, automation, information systems and engineering services to a spectrum of industries. Located in Duluth, Georgia, northeast of Atlanta, Polytron has experienced steady growth during the past three decades. If you ask Charlie about our history, he’ll first say, “Three decades!  Has it been that long?”

A native of Charleston, SC, Charlie graduated from Clemson University in 1967 with a degree in Electrical Engineering.  He later pursued graduate studies in Power Systems Engineering at Georgia Tech and earned an associate degree in business from  Perimeter College at Georgia State University (formerly Dekalb Community College).  Charlie has been a licensed Professional Engineer since 1974.

After graduating from Clemson, Charlie did a short internship in power distribution with SCE&G, a SCANA utility company. He then served in Vietnam as an army officer. After the Army, Charlie worked for NCR as a computer systems analyst and with Georgia Power as a transmission substation controls and instrumentation engineer before joining Process Control Corporation, a plastics processing machinery manufacturer.

In 1974, Charlie formed Triad Engineering, Inc. where he provided instrumentation and control engineering services for manufacturing. In 1977, he accepted an offer from Hibble, Peters, and Dawson (HPD) to lead its instrumentation and control unit that had a focus in the water and wastewater industry. While at HPD, he became an owner and vice president. During his time at HPD, Charlie won the Georgia Engineering Excellence Award for his automation designs on the Atlanta Cyclorama. He resigned from HPD to form Polytron.

Charlie’s founding of Polytron, Inc. was motivated by his passion for computers, automation, and “all things electrical.”  He envisioned Polytron as a premier technology resource for the manufacturing and process industries, and his timing was excellent.  Polytron was launched just in time to participate in the wild, technological ride that has shaped industry over the past thirty-three years. With the stated purpose of “Putting innovation to work, making a positive impact on quality of life,” Polytron quickly evolved to be a leading engineering firm that has created success and a continuity of performance for companies across the United States and in 15 other countries. Polytron now provides full manufacturing systems and solutions that integrate process and plant floor automation, manufacturing intelligence, industrial networks and security, and enterprise systems that include MES, ERP, PLM, and cloud systems.  “The nature of our business is technology and solving problems,” says Charlie,  “I feel very blessed to have been part of a team that has been at the forefront of the digitalization of the manufacturing.”

While primarily engaged in promoting the growth of Polytron, Charlie found time to enjoy his love of tennis and music.  He has been a member of the Atlanta Lawn Tennis Association since 1978 and still plays occasionally.  In the early 1980’s, Charlie played rhythm guitar with, “The Endangered Species,” a Carolina beach music band from Stone Mountain, Georgia. (Warning! Unless you want a lecture, do not equate Carolina beach music with the Beach Boys or California surfing music in Charlie’s presence.).   Charlie has also performed as an Elvis impersonator.  About his performances at several Polytron events, Charlie observes drily, “When you can’t match the real Elvis (and nobody can), it helps to have an obligated, captive audience with free tickets.”

Charlie has been married since 1971 to Anthoula Kirlis whom he met in Charleston in the 6th grade.  They have two daughters and two grandchildren. All of them share Charlie’s passion for the Clemson Tigers. About being a grandfather, Charlie says, “It’s action-loaded with karate lessons, soccer, basketball, football, family-room musicals, back yard pioneering, scouting, computer games, Ninja Turtles, Transformers– you name it!”

Having officially retired as Polytron’s president on December 31, 2016, Charlie holds the honorary title of President Emeritus.  He will remain in his role as Chairman of the Board.  Regarding retirement, Charlie advises, “I do not have definite plans, but don’t be surprised to see me with my family at Clemson football games, attending my grandchildren’s activities, playing some tennis, playing more guitar, fixing my house, and, yes, working occasionally on a Polytron project.” 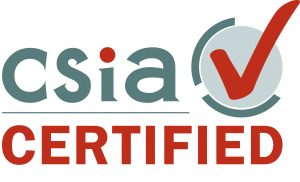 More than 30 years of Engineering Excellence and the CSIA Certification demonstrates Polytron’s longtime commitment to the highest standards while delivering business solutions to its clients in manufacturing.

A Message from Our Founder

To you, our esteemed clients, advisors, suppliers, and friends, I extend a heartfelt Thank You for your support and trust.  Read More

(Early on, Polytron’s president emeritus, Charles W Jager, saw that the value that our clients trust us to deliver requires Polytron to be very selective in its hiring process. This article reflects Charlie’s hiring philosophy that continues to bring value to our clients by ensuring that they are served by individuals who possess, not only high-level technical skills, but also non-technical traits that inspire them to connect with the client for successful projects.)

Ask Charlie and he will tell you, “System Integration is not an easy job. It requires high technical skills and more.”

Charlie recalls, “It was 1985, about three o’clock in the morning, and the client expected us to start production by 11 a.m. – just seven short hours away. But, there was a problem in the mechanical system that had to fixed before I could finish programming and testing the control system for the beverage line we were installing. During the one-hour delay, I dozed for a few minutes on top of a desk. After the mechanical problem was resolved, I managed to complete the programming and testing in time to start on schedule.  As the machines sequenced through their programs and the line formed its first pallet of cases, I felt an inner passion bubble up and fully realized the importance to our clients of that non-technical attribute − passion.”

“When our clients invest millions of dollars in a manufacturing or information system,” says Charlie, “they need engineers who have high technical skills that are bolstered by non-technical attributes.”

Charlie saw the non-technical attributes that convinced him to hire each candidate for a job at Polytron.  There’s the candidate who mowed lawns as a teenager and earned a great recommendation from a former customer.  The lawnmower wouldn’t start so the customer told our candidate that he didn’t need to cut the grass that day.  Later the customer returned to find the candidate had diagnosed the problem, repaired the machine and mowed the lawn.  That get-the-job-done attitude earned him a position at Polytron.

Among Polytron’s other hires are: the engineer who developed good customer care as a bag boy at Kroger; the former Marine noted for his sense of duty and his leadership; and the electrical engineer with an MBA and great project management skills.  Other team members were chosen for such talents as the ability to implement multiple technologies, an extraordinary grasp of plant floor and information systems, demonstrated financial responsibility, and personal charisma that facilitates good communication with clients and project stakeholders.

Some of those candidates have been with Polytron for over 25 years. Some are now owners of Polytron.  All of them are industry leaders, trusted by our clients to implement efficient and profitable manufacturing and information systems.

Passion –  “Our engineers have a true passion for total manufacturing systems and solutions integration, whether it is batch processing, packaging, line automation and controls, manufacturing intelligence, training, enterprise systems, cloud technologies, or the other myriad of solutions in the realm of system integration”, says Charlie.  Passion fuels the dedication that keeps Polytron engineers digging deeper to find innovative solutions for our clients and to execute demanding startups. And dedication has enabled Polytron to build many long-standing relationships with its clients since 1983.

Patience – Good integration engineers need to exercise patience. During the project, the integrator must interact closely with the customer’s staff. Especially during the high pressures of startups, the engineer must possess the patience and calm to reassure the client. These types of interactions require skills that are rarely addressed in an engineering curriculum.  Polytron seeks and develops these non-technical skills to bring more value to our clients.

“I am proud to say that our engineers are some of the best in the industry. They have high technical skills and valuable non-technical attributes that have served our clients well over the years.”

Polytron’s employees continue to embody Charlie’s passion and desire to deliver value to our clients and improve quality of life for all of Polytron’s stakeholders.  It is this culture that has enabled the company to retain the majority of its employees for well over 15 years. Polytron stands apart from its competition due to its people.

Polytron employs outstanding, innovative engineering professionals. All of Polytron’s project managers are Project Management Professionals, certified through PMI. Certifications and affiliations include CSIA, IEEE, IoPP, Cisco, Parsec, Wonderware, Rockwell, VMWare and Microsoft. Charlie attributes the company’s growth and success to the skills of his team and their abilities to rapidly convert controls and instrumentation design as new technologies emerge. 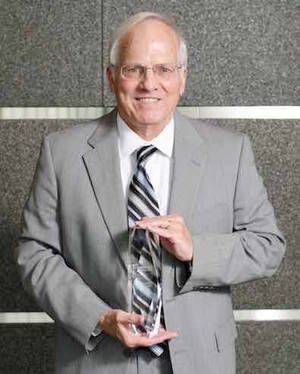 The following videos were conducted during the 2015 System Integrator of the Year award interviews.